Insights
Opportunities may emerge as munis come back to earth 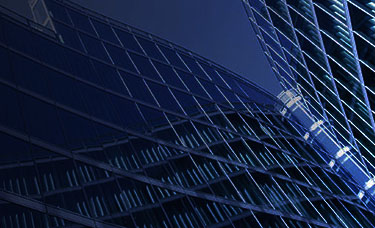 New York - After over a month of impressive relative performance that saw AAA-rated benchmark yields barely move in the face of rising U.S. Treasury yields, municipal yields have finally begun to move higher. The Bloomberg Barclays Municipal Index was down -1.59% in February — the worst monthly performance since April 2020. This brings year-to-date (YTD) 2021 performance for the broad market index to -0.96%.

While a negative total return to start the year may be disappointing, we think this is ultimately healthy. We think the 40 basis points (bps) surge in yields to a 10-month high and the move to cheaper, and perhaps fairer, valuations could be viewed as a near-term opportunity. Muni buyers may want to capitalize on any further underperformance that stems from this volatility.

Prior to the February weakness, tax-exempt bonds had been outperforming their taxable alternatives. Through the week ended February 12, the Bloomberg Barclays Municipal Index was up 1.01% for the year. Over the same period, the Bloomberg Barclays U.S. Treasury and U.S. Corporate Indexes were down -0.79% and -1.84%, respectively. This muni outperformance was driven by a particularly favorable supply-demand backdrop to start the year. Muni funds witnessed over $26 billion of inflows YTD through February, and reinvestment capital from coupons, calls and maturities totaled over $60 billion. Meanwhile, tax-exempt new-issue volume was down 25% over the same period.

Therefore, as optimism around additional stimulus and a vaccine-led recovery began to send Treasury yields higher, AAA benchmark muni yields held their ground and continued to decline. As a result, tax-exempts moved well into overvalued territory compared with Treasurys and corporates. During the week of February 15, AAA muni/Treasury yield ratios hit staggering new all-time lows of 37% and 54% in the five- and 10-year parts of the curve, respectively.

Where can muni investors find opportunity?

Tax-exempt muni yields are 35 to 40 bps higher than where they started the year. The benchmark 10-year AAA yield is back above 1% and trading at the highest level since May 2020. The underperformance we saw over the last two weeks of February sent ratios in the five, 10 and 20 year maturities up 40%, 22% and 14%, respectively. That historic ratio move gets the market closer to fair value, but by no means does it put munis in the undervalued category — a testament to just how overvalued they were before the sell-off. Ratios are still below five-year averages.

In our view, tax-exempts continue to offer value compared with taxable alternatives for investors in high tax brackets. The prospect of higher taxes, combined with additional fiscal aid supporting state and local government credit, should bolster the demand for tax-exempts throughout 2021 and may result in a persistent shift in ratios.

We view February's events as a natural and healthy development — reflective of an improving economic landscape but not a marked upshift in inflation. For muni investors, the underperformance has brought back more palatable yields and cheaper valuations. This is good news for long-term investors, since higher rates result in increased income and higher rates of return in the longer term.

We favor intermediate and longer maturities given the recent steepening and cheaper valuations on the longer end of the curve. We see no need to shorten up if an investor doesn't have to. Investors with longer investment horizons may want to stay the course — avoid realizing gains and reinvesting at yields below 1% on the front end of the curve.

Bottom line: Resilient and improving muni credit fundamentals, combined with additional aid to state and local governments, suggest to us that lower-quality bonds may continue to outperform. Therefore, thoughtful exposure to A and BBB bonds could be advantageous.

Bloomberg Barclays Municipal Bond Index is an unmanaged index of Municipal bonds traded in the U.S.

Bloomberg Barclays U.S. Corporate Index is an unmanaged index that measures the performance of corporate securities within the Barclays U.S. Aggregate Index.